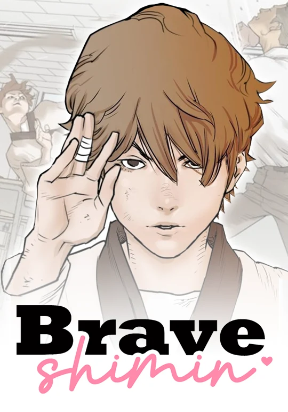 Brave Shimin is a Manga/Manhwa/Manhua in (English/Raw) language, manhwa series, english chapters have been translated and you can read them here. You are reading chapters on ManhwaZ fastest updating comic site. The Summary is

Seo Shimin is a wild hapkido practitioner who conquered the whole country while in school. Seven years later, her metamorphosis showed up as a shady part-time teacher at her high school. Currently, her interest is not for the benefit of the ‘students’, but only the ‘promotion of a full-time teacher.’ However, a vicious student Han Soo Kang appeared in front of her, and Shimin became his targets. Will the dream of Seo Shimin who just wanted to become a true teacher come true?