Do You Think Someone Like You Can Defeat the Demon King? 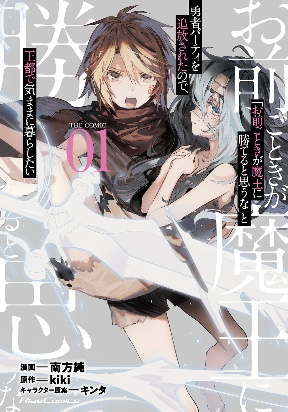 According to the god’s prophecy, the girl Flamm was chosen to be one of the members of the demon king’s subjugation journey. Everyone was a hero and possessed a top class power. However, for some reason only Flamm did not possess the power to fight, and all of her status values were 0. While being ashamed, she continued to put great efforts to be useful to the heroes. However, one day, she was tricked by one of the party members, said that she “was not necessary anymore,” and sold off to a slave trader. Flamm was forced to live within a coarse environment as a slave. However, there she encountered a “cursed sword,” and realized the true value of the weakest power “Inverse.” The girl, who acquired the power to fight, was honestly indifferent to the demon king already and decided to live peacefully as an adventurer alongside a girl slave she met. ——This is a story of one girl who continued to crawl up from the very bottom in order to regain her peaceful everyday life.