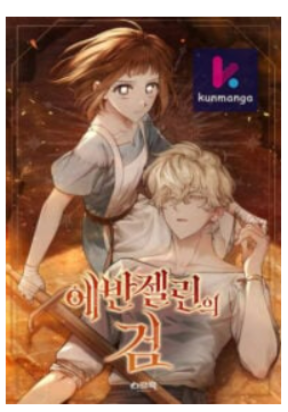 Evangeline’s Sword is a Manga/Manhwa/Manhua in (English/Raw) language, Fantasy series, english chapters have been translated and you can read them here. You are reading Evangeline’s Sword chapters on ManhwaZ, fastest updating comic site. The Summary is

“I want to bring it back… Our original form, our original Michael… .” Evangeline and Michael grew up together on the island since childhood. However, her friend Michael left the island to become a knight and lost contact with him. When was it wrong? Five years later, Michael met again and became a cursed magician who burns the continent. “Me… I can’t remember anything, Eve.” “What do you mean?” “I… I’ve been cursed by a demon dragon.” The evil dragon’s curse turned the boy with the angel’s name into a slaughter-crazed demon. The boy’s most precious person, Evangeline, makes a decision. “I will choose you this time. Mika.” The story of Michael, who became a magician under the curse of a demon dragon, and Evangeline, who tries to save Michael.