Hey, the Cheat Code Management Skill Which Was Thought to Be Useless Is Too Monstrous 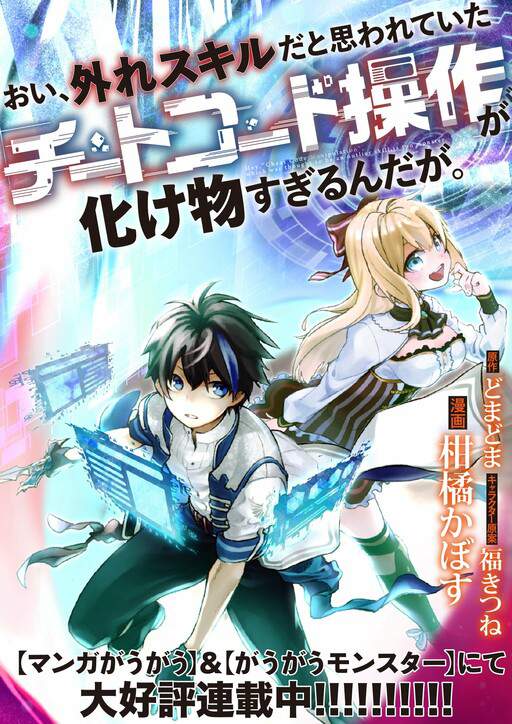 In a world where everyone is bestowed a skill at the age of 18, Arios, the son of a sword saint, was without a doubt expected to be granted the Sword Saint skill, but… was instead given a skill called Cheat Code Manipulation. With the unprecedented skill being treated like garbage, Arios gets thrown out of his home. However, with this outlier skill, he is able to control some not-so-ordinary cheat codes! With his childhood friend, the princess following him, he unknowingly unfolds peerlessly in a new land.