I Became the Hero's Mom 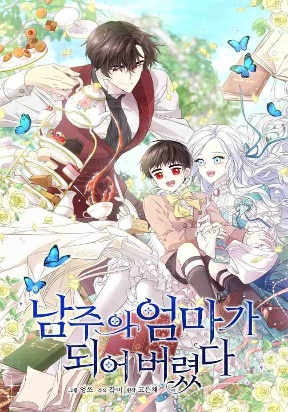 I’d been stanning the hero for 3 years when I was suddenly caught red-handed by his tyrannical doting father, Duke Hades Louvremont.
“Ceaseless pursuit, expensive gifts, and now you’ve come alone all this way up north with no regard for your life…”
“I’m sorry. I have no excuse.”
“Alright, I’ve lost. Your devotion is undeniable.” “...You think so too? Even I admit that this is the pinnacle of devotion.”
“Many women have pursued me, but none as persistently as you. I stand amazed. Let’s hold it, then. Our marriage. As soon as possible." “Ha... Yes, I’ll accept my fate.” Silence.
“Wait, pardon?! What?”
What did he just say?
Surely I must've misheard?
But the duke, smirking at my shocked face, gave the finishing blow. “I said, I’ll marry you.”
Wow.
The hero’s dad has an inflated ego.