I Like Takachiho Honoka-senpai SO, SO MUCH That I Can’t Help Myself! 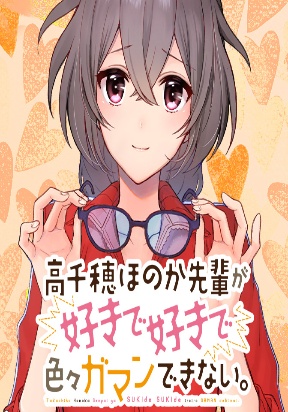 I Like Takachiho Honoka-senpai SO, SO MUCH That I Can’t Help Myself! is a Manga/Manhwa/Manhua in (English/Raw) language, Comedy series is written by Hara Tsumoi This Comic is About

Six months after entering the university, Wakamatsu, a college student whose hobby is video games, happens to see a beautiful girl in a dress around town. In fact, she lives in the same dormitory as him (but in the women's wing). He's surprised to find out that it is actually Takachiho Honoka, and a year older than him & usually dresses modestly and lives a reclusive life. In addition, the drunken Takachiho Honoka is very different from her usual self, and she even likes to play games...! I can't help but have a feeling that this is the start of a romance!