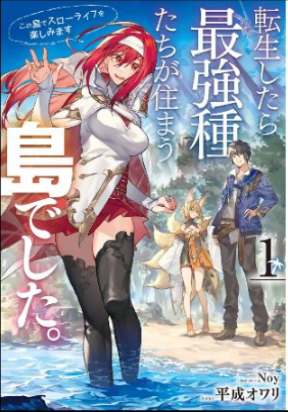 Worthless Regression Average 3 / 5 out of 41

I Was Reincarnated on an Island Where the Strongest Species Live So I Will Enjoy a Peaceful Life on This Island is a Manga/Manhwa/Manhua in (English/Raw) language, Action series, english chapters have been translated and you can read them here. You are reading chapters on ManhwaZ fastest updating comic site. The Summary is

Arata Todo, a company employee, dies due to a God’s mistake. As an apology, he is reincarnated into another world, and as a bonus, he is given a strong body that is immune to disease and injury, and the power to copy the magic and skills of others just by looking at them. The place where Arata was reincarnated with his new body in another world was an island inhabited by the 『Strongest Species』 of mythology and folklore, such as the Divine Beasts, High Elves, Demons, Ancient Dragons, and True Ancestor Vampires. This island is supposed to be dangerous, but Arata’s body, given to him by the gods, is stronger than the strongest of them, and no matter what the danger, it doesn’t matter to him. Even a giant boar is just one punch away from being delicious prey. The ancient dragon’s breath is nothing for him. There is no one who can harm his invincible body. So Arata, along with the people he meets on the island and the strongest species, eats delicious food, makes noise, relaxes, and enjoys his second life given to him by God to the fullest.