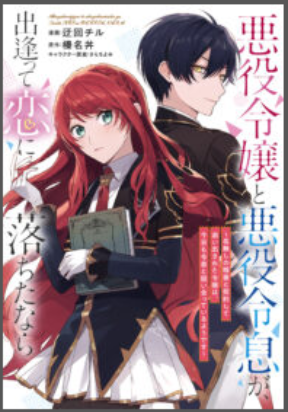 If the villainess and the villain were to meet and fall in love ~It seems the shunned heroine who formed a contract with an unnamed spirit is fighting with the nobleman yet again is a Manga/Manhwa/Manhua in (English/Raw) language, Drama series, english chapters have been translated and you can read them here. You are reading chapters on ManhwaZ fastest updating comic site. The Summary is

Despite being from a prestigious noble family, Bridget, a failed daughter who made a contract with the weakest spirit, one day had her engagement broken off by the third prince, Joseph. However, no one sympathized with her, who was acting as her proud daughter at the behest of her Joseph… At that time, Bridget meets the Duke’s son Yuri, who is feared by those around her because of her overwhelming ability and her cold personality. Two people who hate each other and repel each other. However, the encounter gradually changes their destinies. This is the story of a villainess who is despised for being incompetent and a villain who is shunned for being a genius who eventually fall in love.