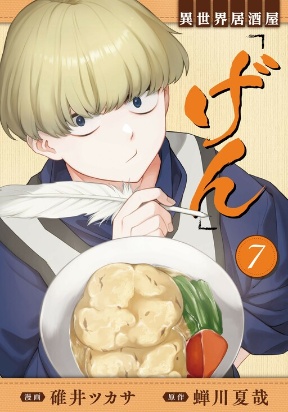 There’s this pub (Izakaya) that was supposed to be in a certain place in Kanto region of Japan called “Gen”. After opening the door one day, it was found to be connected to the city of Parisia, the Kingdom of the Eastern Kingdom… Individual residents from a foreign world such as fallen monks, warriors, noble female knight, daughters of noisy famous aristocrats, etc. all visited the peculiar izakaya which they’ve never seen before, and gradually they’ll become fans of the dishes… A foreign world gourmet fantasy has finally started! *From the same author of Isekai Izakaya “Nobu”, which takes place in Kyoto.