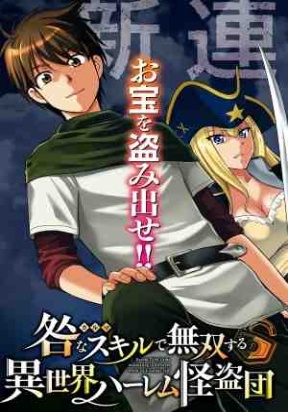 Takio Asakawa is an ordinary salaryman who - surprise, surprise - dies and gets reincarnated into another world. A big fan of isekai stories, Takio is immediately ready for his OP slow life adventure.
However, when he enters the other world, he discovers that not all is as it seems. Adventure guilds are a relic of the past, and income inequality has plagued the country. Technology has also progressed to the point that guns exist, making swords and sorcery fairly useless.
However, Takio discovers that he has a special skill - with slight of hand, he can steal from others as easily as breathing air. After recovering a woman who claims herself to be the reincarnation of the legendary thief Goemon Ishikawa, Takio realizes that he was brought to this world for a specific reason: to enact justice by stealing from the rich and giving to the poor.
...Yep. Isekai Phantom Thief. I see you hovering over that follow button.