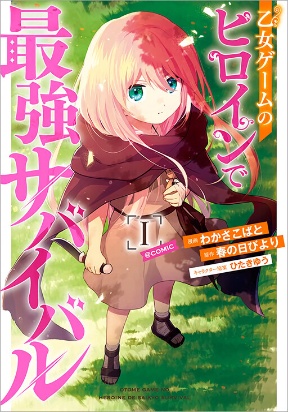 Alicia is an orphan living in Ciel, a world of swords and magic. One day, she discovers that she is "the heroine of an otome game." Even the death of her parents was simply part of the story. Alicia decisively rejects the heroine's role as "nonsense." Taking the name "Aria" as an adventurer, she gradually grows into the "Ash-crowned Princess of Slaughter" who wields multiple weapons and magic! But, when she receives a request to escort a "villainess," without realizing it she finds herself caught up in the stage of the game where nobles struggle against each other...? "I am 'me.' I'm not a character in a game!"