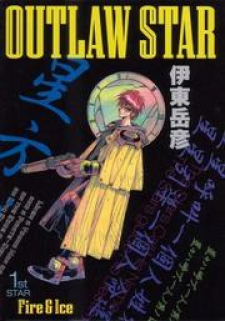 Space is mainly inhabited by three different groups: the Federation, which is the real government; Various pirate clans, which use special techniques and magic to dominate the frontier; and the outlaws which are just about everywhere in between. There are also various alien races and empires which sort of fall within this category.It is on this frontier where Gene Starwind and his 11-year old partner Jim Hawking, freelance bounty hunters and odd-job takers extraordinare, live and work. Until they happen to take a job from a mysterious woman named Hilda. In no time flat they`re up to their ears in... (there are more)