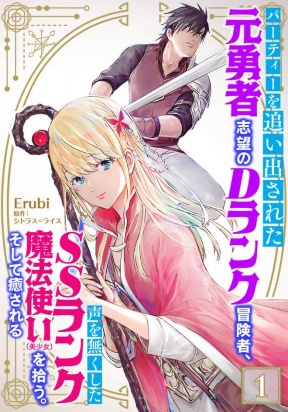 Party wo Oidasareta Motoyushashibono D Rank Bokensha Koe wo Nakushita SSS Rank Mahotsukai Bishojo wo Hiro Soshite Iyasareru is a Manga/Manhwa/Manhua in (English/Raw) language, Shounen series, english chapters have been translated and you can read them here. You are reading chapters on ManhwaZ fastest updating comic site. The Summary is

Lloyd is 35 and giving up on his dream to become an S-Rank hero. How could he not? He's gotten kicked out of his party because of his age and rank. Now, he's unemployed. Things change when he meets Linka, an SS-Rank sorceress, and their adventure begins!