Rebirth of the Grandeur Kingdom 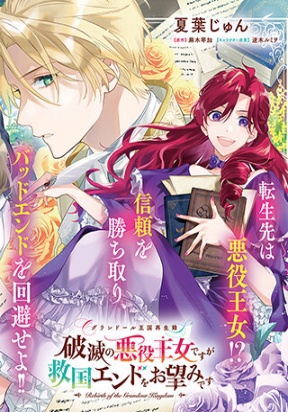 Mari, a former management consultant, reincarnated as the villain princess Violetta in the otome game "Grandor Koi Revolution." If I proceed according to the scenario as it is, I'll be executed... I absolutely hate that ending!!! So I changed my ways and started to move for the sake of the people and country. But one change from the kingdom's former consultant and the entire kingdom is changing before I even realized it?! In addition, I missed the capture target that I was supposed to hate and the heroine who bullied me.