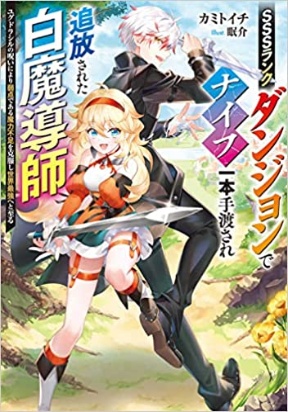 Rei, a white mage who belongs to an A-rank adventurer party, is expelled from the party as a useless person who cannot move after using Heal once. Only one dagger knife was handed over. Left alone in the SSS rank dungeon, Labyrinth of Yggdrasil, Rei prepares for death… You e the first human to reach this far. As if being guided by something, Rei meets Norn, a mysterious girl who lives in the lowest level of the dungeon, World Tree! Rei, who obtained infinite magical power, was trained by Norn to survive in this harsh dungeon… Norn, I… there was something left unfinished. The boy who has become the strongest returns to earth with only one knife in his hand…! The strongest high fantasy begins here!