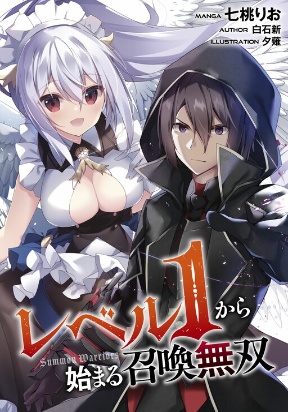 Shinobu Iijima lost his life along with his beloved sister and prickly stepfather in a mysterious disaster. When he woke up, he was reborn in the world of the game he had been playing. Shinobu was in despair as his stepfather erased his game data and he had to start from the tutorial, but he learned that his sister would soon be reincarnated into this world as well. In order to stop his father-in-law, a top player who was after his sister's body, he embarks on a painful path to become the strongest...! Manga: Nanamomo Rio Original - Story: Shiraishi Arata - Character design: Yunagi