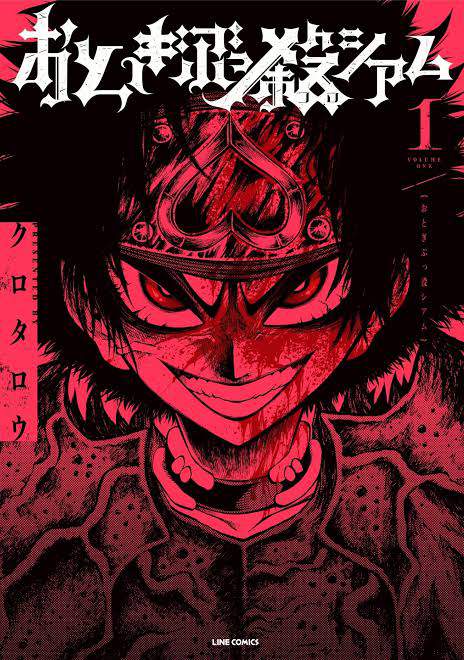 Everyone has a favorite hero from their fairy tales, but who’s the strongest of them all!? This is a tale of death and rebirth. In order to accomplish their dream, hopes, wishes, revenge and salvation, the heroes of classic fairy tales will engage in a duel to the death! The warriors are resurrected and summoned to the Nightmare Coliseum by a mysterious monster who calls himself “Grimm P.” and he promises the ultimate prize “You can resurrect anyone you want and live happily ever after” This tournament is filled with bloody carnage, if you want to win, you better toss common sense out of the way because it is not needed. This is a dark fantasy battle action manga where bizarre characters from fairy tales come to life. Legends like Red Riding Hood, Snow White, Pinocchio, and Beauty and the Beast engage in surrealistic killing matches. Right of the bat we have Son Goku versus Momotaro! 32 characters will engage in sudden transformations, bloody battles and tragic stories that will keep you on the edge of your seat. Sure grandma didn’t tell ’em like that!!