The Last Sage of the Imperial Sword Academy 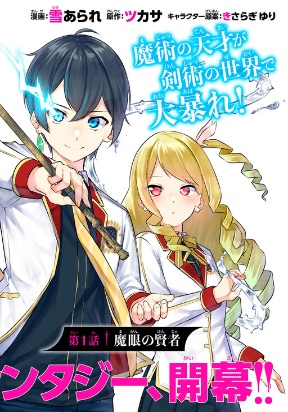 The Last Sage of the Imperial Sword Academy is a Manga/Manhwa/Manhua in (English/Raw) language, ACTION series, english chapters have been translated and you can read them here. You are reading chapters on ManhwaZ fastest updating comic site. The Summary is

Ten years after a cataclysm destroyed the planet, magic prodigy Lag Logline is entrusted with the title of "sage" and the task of preventing the world's destruction one thousand years from now. However when he awakens from his time freezing spell the world he finds is nothing like he remembers. Upon meeting a swordswoman named Clau, Lag finds out that this world one thousand years in the future doesn't know what magic is. After having his own magic mistaken for swordsmanship, Lag enrolls in the Imperial Sword Academy in order to unravel the mysteries of the world around him and fulfill his promise to save humanity.