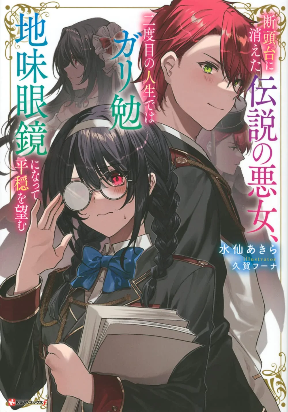 The Legendary Wicked Woman Wants a Peaceful Second Life as a Boring Studious Girl is a Manga/Manhwa/Manhua in (English/Raw) language, Fantasy series, english chapters have been translated and you can read them here. You are reading chapters on ManhwaZ fastest updating comic site. The Summary is

The Legendary Wicked Woman Wants a Peaceful Second Life as a Boring Studious Girl: “Don’t you think it’s stupid to be crazy in love?” Queen Letizia was executed on the scaffold. For she has done evil things to make her lover turn her infatuated husband. However, she thought she was dead, but for some reason, she goes back in time and her second life begins. “I won’t fall in love in my next life. I’m going to live a peaceful life by becoming a sober student with glasses!” I will be taken. After that, for some reason, Camilo’s raging love affair began…!? I’ll somehow survive with these glasses…!!