The Sichuan Cuisine Chef And His Valiant Babes Of Another World 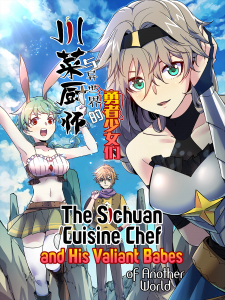 After transmigrating into a world of magic, Qin Chuan who was a Sichuan Cuisine Chef discovers his food is key to boosting combativity. With demons rampaging the land, it's about time to put an end to the misery and suffering.Who's to say a chef can't save the world? But why are the heroes super hot babes?