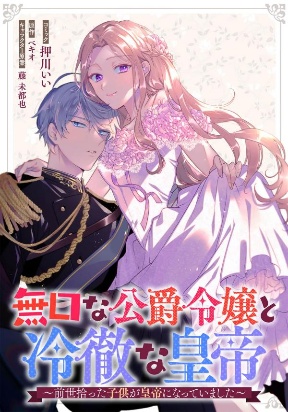 A woman born with the face of a monster lived within a forest in solitude. One day, she saved a young boy from a magical beast, naming him Ham. The boy called the woman Pie, and the two lonely people lived together happily. However, it didn’t last long. Pie, the only person who had loved Ham as well as being the person he loved the most, was killed right before his eyes. The boy discarded his identity as Ham and as Prince Alexei, he climbed his way up to becoming emperor for the sake of revenge. On the other hand, Pie was reborn as the duke’s daughter, Eleonora, and became renowned for being a silent beauty with a certain secret. Thus, the two unknowingly reunited at a ball due to fate-?!