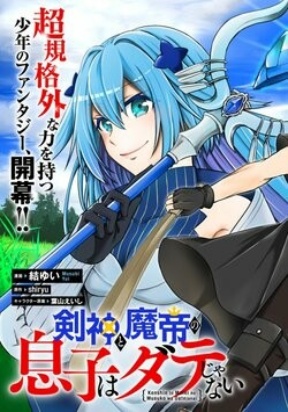 Worthless Regression Average 2 / 5 out of 4

The world's most skilled Sword-God (♂) and Witch-Emperor (♀), who had saved people many times, fought fiercely in order to check each other's strength. And then, when all of a sudden they decided to marry and the world was made a fuss, they suddenly disappeared. Three years later, in the Demon Forest, which is said to be the graveyard of adventurers, there were a couple and their son, Ryuku. He was still a baby, but when he imitated his mother to cast magic — how easy it was for him to use magic!! After that, Ryuku, who inherit the talent of his parents and wonderfully developed his power on swords and magic, goes on a journey alone. The sisters he meets along the way take him to the guild to register as an adventurer and determine his rank, but the result is the strongest SS rank!