The Weakest Occupation "Blacksmith," but It's Actually the Strongest 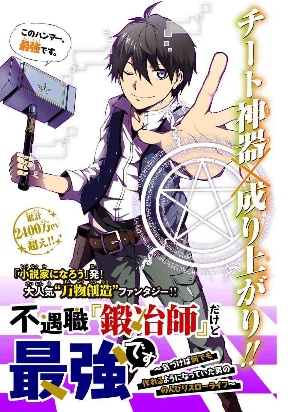 The people of this world are given occupations and weapons called Divine Treasures by God. It was said that the treasure was very strong and couldn’t be compared to the Human-made weapons. That’s why, occupations which were called “Blacksmith”, who can make and modify weapons are called the weakest.
The main protagonist Relius who has acquired such a weakest job. He gave up on becoming an adventurer and worked in an inn, but he realized that he could make “Anything”. He, who was making what he liked, became aware of the relationship with famous nobles and beautiful girls.