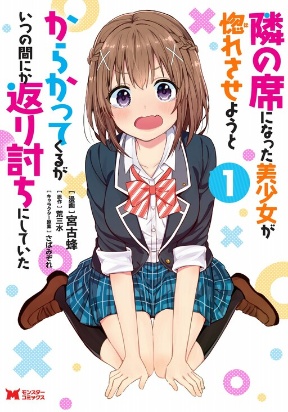 She is someone with the nickname “Seatmate Killer”, and also one of the prettiest girl in the school. Every male student that became her seatmate has confessed to her, and all of them got rejected brutally. The one who became her new seatmate, the seat being located the furthest away from the front and beside one of the windows, thus being a godly seat that will make every male student jealous, is Narito Yuki. He is someone that generally you won’t notice at all. The entire class thought that he will fall for her in a short time, but that may not be the case…..