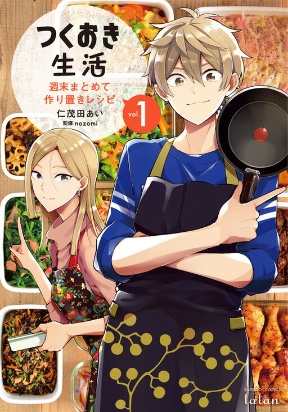 After his sister got hitched, Umeo has been living on his own for the first time. He really wants to make his own meals everyday no matter how busy he is, but it's difficult since he's always stuck at work until the last train. That's when he encounters a new lifestyle where one prepares the whole week's worth of meals in advance! Based on the best-selling cookbook series "TSUKUOKI" that has sold over 1 million copies. Enjoy this story about a new a delicious routine ☆