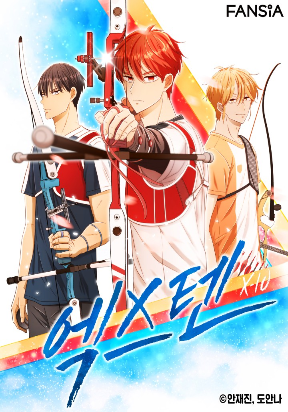 XTen is a Manga/Manhwa/Manhua in (English/Raw) language, Archery series, english chapters have been translated and you can read them here. You are reading XTen chapters on viptoon.net, fastest updating comic site. The Summary is

At the age of 14, the day he set a new record in middle school, he lost his parents. Oh Binwoo decided to stop archery after misfortunes entered his life. After that, his life changed. Although he felt that there was a void somewhere in his life, he was still satisfied. It has been 3 years since he gave up archery and tried to live a satisfying life for himself. As he entered Sinla High School and met the members of the archery club. He finds himself enjoying archery again… ! An archery school life story .